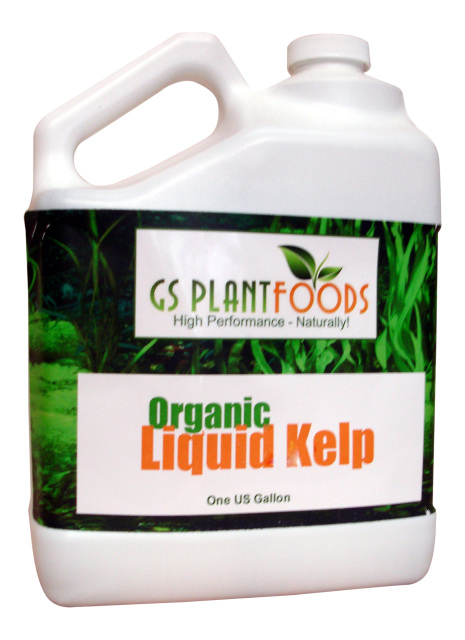 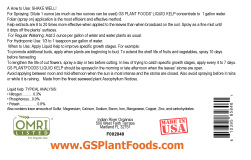 Many of the trace minerals contained in seaweed have important regulatory functions when applied to land plants, and in the animals and humans that consume the plants.

Not considered a fertilizer, as the amounts of NP K are relatively low, but it contains all the micro-elements from A to Z; growth plant hormones, vitamins, enzymes and carbohydrates. Itandrsquo;s a biostimulant, root system developer, and minor-nutrient deficiency cure. It can be used in conjunction with any water soluble spray.

Reduce herbicide use by adding liquid kelp, yet maintain the same kill effectiveness

Seaweed has been used for centuries now to improve soil condition and also to fertilize it, especially around the coast where the seaweed was close at hand and easy to gather. Things have advanced a lot since the days of old when whole seaweed was used and new techniques have enabled the valuable active ingredients within the seaweed to be extracted and made into a liquid seaweed fertilizer. Today's liquid seaweed fertilizer is used extensively on a commercial basis as well as home gardeners as an organic soil conditioner.

Seaweed fertilizer in liquid form was used mainly as foliar sprays back in the 1950's. Half of users of the product back then, claimed amazing results from its use but the other half who used the foliar spray were convinced that it was no match for the more traditional fertilizers that were around at the time.

Since the 1950's however, scientists have had their hands on the liquid seaweed meal and done extensive tests on its composition. It has been proven that there are real benefits, just as the early users of the foliar product claimed. Used at low concentrations, liquid seaweed acts a growth promoter rather than mineral enrichment or a fertilizer.

Liquid Kelp from GS Plant Foods is among the highest quality seaweed products you can buy, derived from the Ascophyllum Nodosum seaweed.

​Liquid Kelp is a natural plant food that provides a range of benefits for plant health and growth. One of nature's ‘miracle’ plant foods. Our Liquid Kelp will greatly increase your plant’s resistance to stressors such as excessive heat, wind, drought conditions etc.. Stimulates natural root growth, mineral uptake and overall plant growth and vigor. Use GS Plant Foods Liquid Kelp along with other fertilizers, or by itself. It pairs especially well with a high quality Liquid Fish fertilizer such as GS Plant Foods Organic Liquid Fish. Use on all plants, seedlings, fruit trees, houseplants as a regular healthful maintenance program. You will begin to experience healthier plants with stronger, more developed root systems and bigger blooms and flowers.